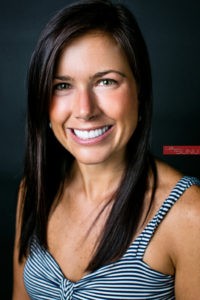 Lauren Boyle was born in Venice Beach, California in 1983. From there, her family moved to Boston, Massachusetts and then Washington, New Jersey. Before moving to Austin, Texas in 1998, Lauren spent the majority of her childhood in New Jersey, close to her extended family in the Philadelphia area. She had many opportunities to explore the expansive land and waterscapes of the northeast, which piqued her curiosity of the natural world. In addition to an interest in nature, Lauren developed a deep appreciation for other cultures through her family’s travels during her childhood. Then, as a junior in high school, she realized a passion for exploring other world cultures and traditions during an immersion trip to Spain.

Lauren has been interested in education and human development for the entirety of her life. As a child, she spent any money she earned at teacher stores to set up elaborate classrooms and invited all of the neighborhood kids to join her “school.” She mentored and tutored children throughout her time at Westlake High School in Austin, Texas. Upon entering The University of Texas at Austin, she became a nanny for a family with four wonderful, dynamic children. As an English major and Education minor, Lauren formally studied child development, child psychology, children’s literature, visual art studies, as well as learning and motivational development at both UT and The University of California at Los Angeles. After receiving her BA from UT in 2006, she furthered her studies through graduate work at The University of Sussex in England and St. Edward’s University. During her time in school and through her student teaching experiences in early childhood, elementary, middle and high school classrooms, Lauren realized an interest in guiding children to discover their creative abilities outside of the traditional curriculum.

After returning from graduate studies in England and traveling in Europe, Lauren worked in Beaver Creek, Colorado. The area attracts people from around the globe, which created an intriguing atmosphere. Inspired by people, experiences and a passion for learning and sharing, Lauren decided to return home to Austin in 2008 to establish a program that would lead children through different avenues of creative expression, both in the classroom and the world beyond. The combination of creativity, an insatiable curiosity for world cultures and a profound love of nature seemed to be a wonderful embarkation point for an educational program. Lupine Lane is the realization of Lauren’s thoughts and ideas, with which she will assist children in exploring the creative world.

In May 2017, Lauren and Carl welcomed their first child, Ella Claire Boyle-Cates, into this wonderful world.  And, in August 2019, Sophia Elizabeth joined the party! Lauren and Carl have been thrilled to be on their greatest adventure yet as parents. They love traveling and enjoying Austin with the girls and watching them learn and experience everything this exciting Earth has to offer.

Lauren had the opportunity to record her AHA Moment with Mutual of Omaha. Click here to watch!

Also, below is an article about our journey up to July 2013, that was published in the Lakeway Voice.  Since then, we have completed our brand new, state-of-the-art school and are enjoying all that it has to offer!  Call us at 512-900-1090 for a tour today! 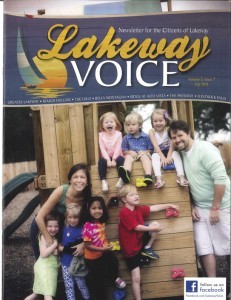 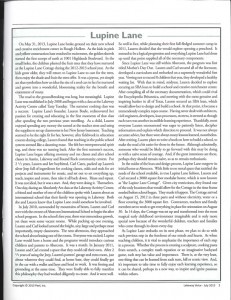 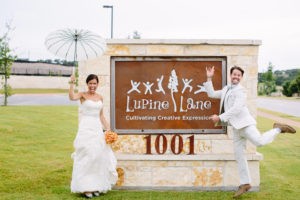