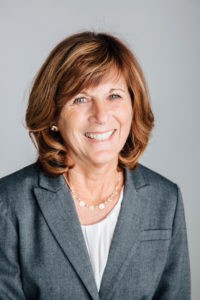 Donna Boyle grew up in Philadelphia, Pennsylvania. She attended Chestnut Hill College, spending her junior year abroad at St. Claire’s in Oxford, England. Realizing a love for the United Kingdom and literature, she attended graduate school at Trinity University in Dublin, Ireland.

When she returned to the States, she began teaching high school English, outside of Philadelphia. Understanding the tremendous educational opportunities that study abroad offered, Donna organized immersion trips to Europe with her students, accompanying and teaching them as they experienced new cultures, first hand.

Always eager to learn and take on new challenges, Donna left teaching to pursue a career in business, where she excelled quickly. When she married her husband Jim, his job brought them to California, where she had and stayed at home with her first child, Lauren. Work brought the small family to Boston, Massachusetts, where Andrew was born.

As a mother, Donna tuned into her teaching nature. She engaged her children in every opportunity possible, exploring the local areas they lived and traveling. She excitedly introduced new concepts, people and places at every chance. Lauren and Andrew had the fortune of growing up with an inquisitive, adventurous mother who was always up for anything–and still is! Now, Donna enjoys being “Na Na” and sharing the same magic with her granddaughters, Ella and Sophia.

As Lauren and Andrew grew, Donna began exploring a new career path in government. She began working at the City of Lakeway in the Activity Center in November 2006. As she learned more about the community and city government, she eventually became the City Secretary.

Donna is elated to have returned to the career path that fulfilled her the most–education. Her experiences in teaching, business, government and, of course, as a mother are all key elements that serve her well in her role as our Director. Donna has been closely involved in Lupine Lane since is was established in July 2008 and joined the school as the Director in the summer of 2014.  She is thrilled to experience the joy of the children, families and teachers each and every day!