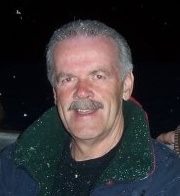 Jim Boyle began his career in technology in 1973 with Wang Industries in Wayne, Pennsylvania.  Wang brought Jim and his wife Donna to Boston, Massachusetts and then Venice, California where they had their first child, Lauren.  When Wang offered opportunities back on the east coast, Jim and his family returned to Boston, where their second child Andrew was born.

In 1988, Jim began working with TRW in New Jersey, and the family moved to a small town in northeast NJ called Washington.  Although he often had a six hour round trip commute to work each day and travelled extensively, Jim always made time for every t-ball, field hockey and basketball game, traveling with his family, weekend bicycle rides and art projects and, most importantly, laughing with his kids.  To his entire family, Jim has always been and will always be our hero.

Ten years after moving to New Jersey, Jim was offered an opportunity with Dell Computers and the Boyle’s moved to Austin, Texas in 1998.  In 2006, Jim founded his own company, Veriam Technologies, which he has since sold.  In 2010, he began working with Flextronics and made a transition to Arrow in 2012.

Jim spends a significant amount of his time behind the scenes at Lupine Lane as the President of our Board.  His close involvement with Lupine Lane since its inception in July 2007 plus his 40 years of experience in business offer a perspective that will ensure Lupine Lane’s success for years to come.

In his free time, Jim enjoys laughing with his family, especially with granddaughters, Ella and Sophia, sailing on Lake Travis and the ocean, riding his bicycle through the Texas Hill Country and following Philadelphia sports teams.