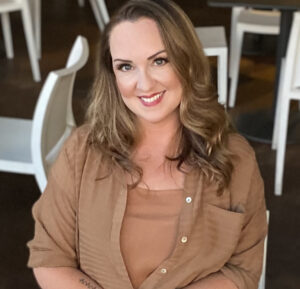 Born in San Antonio, Texas, She started dancing, singing and acting at the age of five.  Jeanna studied Radio, Television and Film and Theater Arts at Texas State University  where she appeared in many musicals and straight plays including “Turandot,” “The Wizard of Oz,” “A Christmas Carol,” “Round and Round the Garden” and “Lend Me a Tenor.” She landed a role as a singer/dancer on a cruise line based in Canada and set sail for two years.   She moved to California in 1998 and worked as a professional actor, singer, dancer, stunt performer, stand-in and taught pre-school for over ten years. Film and television credits include “Donnie Darko,” “Say It Isn’t So,” “Nitche,” “Sol Goode” and “S Club7.” She made her Assistant Directing debut in the film Chasing Grace starring Christopher Bacus and Julia Barnett Tracy in 2016.

Jeanna has over 18 years experience in early childhood education, teaching pre-school and Kindergarten in Austin and substitute teaching in Los Angeles, San Antonio and Austin. She opened her first Fine Arts studio in 2002 in Los Angeles for ages 18months-18years. She opened another studio in Austin Texas in 2009 (Put Art In Your Heart or PAIYH). She has consulted for a little under a dozen dance, art & music academies in the US and England.

She has been blessed to travel, sing, dance, train, and befriend many fantastic people from whom she has learned so much. Jeanna enjoys teaching, coaching and mentoring others in dance, music, art, acting, self-confidence and having fun while learning! She looks forward to getting to know you and your family.