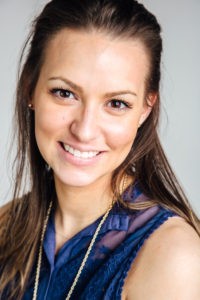 Kathryn Joiner graduated from the University of Texas at Austin in 2010 with a Bachelors Degree in Sociology and minor in Psychology. As a young adult, she initially felt an inclination to pursue child psychology and soon had an “aha moment” when she realized her passion for education. Both of Kathryn’s parents are teachers and foster an appreciation for putting theory into practice and experiencing a child’s learning first hand.

In 2011, Kathryn began her teaching career as the Lead Teacher in the 2 and a half to 3 year old class at a Goddard School in Austin.  She thoroughly enjoyed working with the children and decided to obtain her Teacher Certification for Early Childhood through 8th Grade. During her advanced studies, Kathryn became interested in the Montessori philosophy and began to intertwine aspects of it into her practice as the Lead Pre-K Teacher at the Circle C Child Development Center during the 2012-2013 school year.  Before coming to Lupine Lane, she also substituted for AISD elementary schools and taught at after school programs for the district.

Kathryn joined Lupine Lane in the spring of 2013 as the Owls’ Assistant Teacher. In the fall of 2013, Kathryn became the Penguins’ Lead Teacher. In early 2016, she took on the role of Extracurricular Coordinator, helping to facilitate after school classes and camps. And, in late 2016, Kathryn became a more integral part of the administration as the Assistant Director. In 2017, Kathryn returned to teaching part time in addition to the administration; she became a Co-Teacher in the Flamingos classroom. She has thoroughly enjoyed inspiring the children she teaches every day and watching the lessons come alive. She also enjoys being a part of the administration and interacting with all of the children, families and teachers on a regular basis.

Kathryn grew up in McAllen, Texas with her parents, three younger brothers and sister.  She moved to Austin to attend college in 2006 and fell in love with the city immediately.  She played clarinet in the Longhorn Band where she met her husband, Jason. They were married in October 2012 and welcomed their first child, Charlotte, in August 2016. In January 2019, Charlotte will become a big sister to a sweet baby brother. Kathryn enjoys playing with her cats, Bradley and Baxter.  She also loves traveling with her family, especially to destinations by the water.