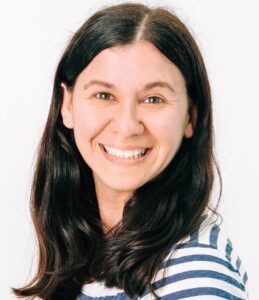 Tara Steinman grew up in Clearwater, Florida. After graduating from Shorecrest Preparatory School, she moved to Orlando, Florida to attend to the University of Central Florida. Tara earned a Bachelors in Business Management in 2006 and a Masters in Elementary Education in 2009. She had the opportunity to volunteer and substitute in two school districts, Pinellas and Seminole County while completing her degrees. She also participated in grading the Florida State standardized test.

In 2010, Tara became a teacher for Huntington Learning Center. She taught reading, math and study skills to Kindergarten through 12th grade students and adults. She also took part in tutoring reading and math to Title 1 students. In 2014, she decided to combine her two degrees and joined the staff at Panera Bread as a manager. She was able to focus on management and training. Tara was also a regional facilitator for new hire orientations.

In 2015, Tara relocated to Austin, Texas to be closer to family. Initially, she worked as a substitute teacher for the Austin Independent School District. She also joined the staff at the local Huntington Learning Center upon moving to Austin and tutors there currently in the evenings.

Tara has been a part of the Lupine Lane family since August 2016. She began as an assistant in the Parrots’ class and taught reading and math skills to the Flamingos.  She enjoys sharing her love of learning with the kids and guiding them to grow each and every day.

Tara enjoys spending time with her family and friends, reading, and playing trivia. She is also an avid college football fan.