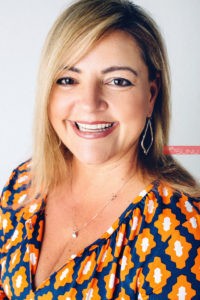 Phoebe Fishman graduated from Eastern Kentucky University with a Bachelors of Business Administration in Accounting. After the birth of her first child, Phoebe was fortunate enough to leave the corporate world for the most rewarding and fulfilling experience of all as a stay at home mom. Growing up, she always had a passion for working with small children. Phoebe has volunteered in a private school setting for 12 years and 2 years in the public school system.

Phoebe, her husband and two children moved to Austin, Texas in 2012 from her hometown of Lexington, Kentucky. Her daughter, Mallory, graduated from Lake Travis High School and attends the University of Kentucky. Her son Samuel is a student at Bee Cave Elementary. She volunteers for the Lake Travis Independent School District as a home room mom, serves on the Student Health Advisory Council “SHAC” Committee and is the Lake Travis High School Tennis Booster Club Treasurer.

Phoebe’s involvement with Lupine Lane began when her son, Samuel, was an Owl in 2012-2013. She volunteered at the school frequently, helping our library take shape. She began teaching summer camp in 2014 and then became the Ducklings’ Lead Teacher in the fall of 2014. Her first year and each year after have all been incredibly rewarding, and she is elated to continue guiding children in their first school experience!